Discipline That Works How To Raise a Child of Character

"Dr. Laura.... How do you raise children without consequences in a world where there are heavy consequences as adults? How will they know right from wrong when they are never taught something will happen when they do wrong?"
-Kristi 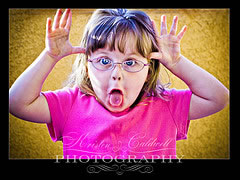 This is such a great question!  First of all, let's agree that the way Kristin is using the word "consequences" means punishment. Punishment is visiting something painful (physically or emotionally) on the child in the hopes that he will behave as we'd like in the future to avoid more punishment. If our child hits and we respond by spanking, sending him to his room, or rescinding his screen privileges, that's a parent-imposed consequence, otherwise known as a punishment.

That doesn't mean we don't set limits. If our child is hitting and we remove him from the situation -- "No hitting -- Time to go...We will try again tomorrow" -- we're enforcing our limit that hitting is unacceptable. But it's not a punishment, because we aren't trying to cause pain.  We are simply setting a clear limit to prevent more hitting.  In fact, limits are most effective when we set them with as much empathy as we can, because that helps the child work through the feelings driving the hitting, and prevents it in the future.

Natural consequences work.  Empathic limits work. But punishment, even when it's called "consequences," doesn't work, at least not to help kids behave better.  Here's why.

We all want our kids to "do right."  But research shows that children become more moral, and more able to "do right" when they're raised WITHOUT punishment.  That's because kids who are punished:

I don't think that's what you want to teach your child.

But how will they know right from wrong when they are never taught something will happen when they do wrong?

The assumption in this question is that kids will only choose to do right if they know that something bad will happen to them if they do wrong.

This is a pretty bleak view of human nature.  Happily, it turns out not to be true.  Humans are certainly capable of terrible wrongs. But they're also capable of compassion and decency and great sacrifice on behalf of others. Research shows that kids, like all humans, do right when they feel good inside and therefore generous of spirit. If they don't feel good inside, then kids (like adults) only do right if someone is watching.

So the most important thing we can do to get kids "behaving" is to help them see themselves as good people who do the right thing. Punishment, as we've already seen, doesn't help them see themselves that way.   What does? Loving guidance.   For parent-tested strategies to put Loving Guidance to work at your house, check out the section on this website called How to Use Positive Parenting.

But what's the difference between limits and consequences?  If you remove him from the situation because he hits, isn't that a consequence?

Here's a whole post on the difference between Setting Limits and Consequences.

And for more on why Consequences aren't effective parenting, see The truth about consequences.

But what about when a child is sorely tempted to do wrong?  We all know what that's like. Luckily, most of us have the high-functioning frontal cortex that develops fully by about age 25, so we can rein in the anger, greed, and the other emotions that get us into trouble.

But children don't have a fully developed frontal cortex.  It isn't that they don't know what's right. (And if they don't, they need teaching, not punishment.)  It's that they can't stop themselves from doing what's wrong. That's true even if there's a consequence.  If punishment worked, you would never have to do it again! Instead, kids who are punished actually behave WORSE over time than kids who aren't punished.

I'm not making excuses for people who choose to hurt others.  I'm pointing out that we want our children to learn not to hurt others, not because they'll get hurt if they don't, but because they don't want to be the kind of person who hurts others.  Our job as parents is bigger than teaching kids to be scared so they don't do the wrong thing.  Our job is to teach kids to WANT to do the right thing.

So if we're serious about preparing our children for a world where there are heavy consequences as adults, we need to help them develop the ability to manage their emotions.  That's the only way they'll be able to manage their behavior. We need to model right from wrong.  And we need to talk and listen -- about feelings, about values, about decisions -- to help our child develop her frontal cortex, so she'll  be more able to control her behavior.

In the meantime,  just because it's a cold, cruel world, I wouldn't make my child sleep without blankets to prepare him. Would you?

And here are there are many posts on this website about exactly how to use loving guidance to raise good kids who "do right." You might want to start with these:

10 Ways To Guide Children Without Punishment

How to Raise a Moral, Responsible Child -- without Punishment